Some of us cringe when we hear fundraising referred to as a numbers game. I mean – that applies to sales – not relationship-based fundraising.

But… I have to admit that in many ways it is a numbers game. We need to get in front of enough people that we’re able to find the right people. In fact, the standard donor pyramid and gift range chart refer to the numbers game. The donor pyramid starts with the total universe of people at the bottom of the chart and narrowing numbers of people involved as you go up each level. The gift range chart as well takes into account the fact that you need multiple prospects in each gift range for each gift needed to successfully complete a campaign.

So yes, fundraising is really a numbers game. And one of the ways to reach the numbers of people you need to is through an awareness campaign. But not just a general awareness campaign – you need to be asking for permission to stay in contact with people and let them know how their support is helping to change lives.

And then, once you have that permission, it’s necessary to stay in touch. Perhaps this is where you start to get uncomfortable. You don’t want to bug them by being in touch too often (and for some of you reading this, too often refers to monthly or even quarterly). Email updates are a great way to stay in touch. Not to ask for money (every time), but a mechanism to help supporters (and potential supporters) feel like they’re part of the family.

Here are three reasons this is so important:

Do you agree that fundraising is, in at least this respect, a numbers game? And if so, what you are doing to build the list of people you’re communicating with on a regular basis?

The Good and Bad Impacts of Online Gaming 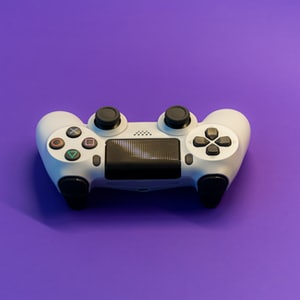